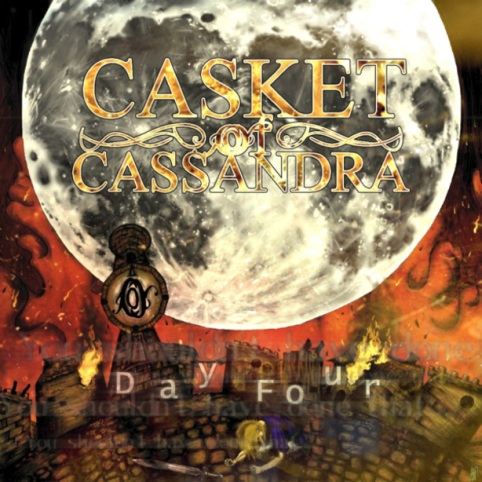 “I’m scared to death of being poor. It’s like a fat girl who loses 500 pounds but is always fat inside. I grew up poor and will always feel poor inside. It’s my pet paranoia.” ~ Cher

I finally went to my mailbox and got my pre-order for the new album by CASKET OF CASSANDRA.

I unfortunately missed their big release party because I was too busy working on the new Dr. Froth project. More about that later.

But this is for CASKET OF CASSANDRA.

I can say with full confidence that I am scared to death.

Some of the things that were recorded on this album were so creepy! And not that kind of creepy that makes the album stink, but more of a creepy that tells you “I should have seen this coming, but how could I have?” kind of punch-in-your-face-this-is-still-heavy-metal.

Everything about “Day Four” just drives me…